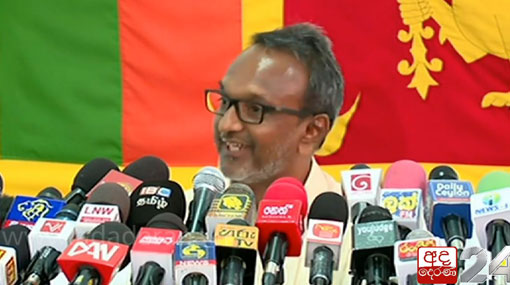 Violence is not the way to address communal concerns - Bakeer Markar

Former Minister and Attorney-at-Law Imthiaz Bakeer Markar says violence and bombings are not means to address the country’s communal concerns.

Speaking at the special media briefing held this afternoon (16), the former Minister said that it is our behavior that decides the future of the country and Sri Lanka had been facing unfortunate events every 7 to 8 years.

Recalling the words of His Eminence Malcolm Cardinal Ranjith during a meeting a briefing held with the foreign ambassadors to Sri Lanka, Bakeer Markar said the bigger picture of this incident should be heeded.

“When the terrorists made use of several Muslim youths for these attacks, have they not expected that the retaliation for the attacks would fall on Muslims?” the former minister questioned.

There are people who attempt to create conflicts and make gains, he said quoting the situations in Libya, Iraq, and Syria.

The former minister emphasizes that people should think over what kind of a country is going to be handed over to the future generations in the country.

Stating that a small group can fuel conflicts and cause unrest, Bakeer Markar emphasized that students should be taught to respect the differences in communities when at schools and that the change should start from there. “The unity in differences should begin from schools itself. Schools should be a cross-section of the society,” he said.

He further stated that globalization has impacted not just one community but Sri Lanka as a whole.

The Muslim community clearly condemns the extremist ideologies of Zahran, he commented further.