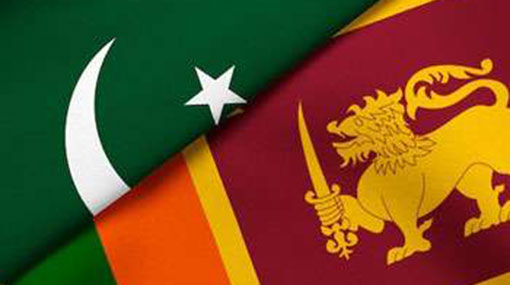 Pakistans trade with Sri Lanka comes to a halt

Trade between Pakistan and Sri Lanka has come to a screeching halt.

The reason behind the stoppage is said to be the rising violence against the Muslim community in Sri Lanka in the wake of recent terrorism and suicide attacks over there, which resulted in heavy casualties.

“It is the Muslim community in Sri Lanka that imports Pakistani products and sells them there. They are partners of Pakistani exporters,” said Pakhali, adding that the properties of Muslims were damaged during the recent wave of violence over there.

“Their shops, super stores and godowns are being targeted. The goods exported from Pakistan have been unloaded at the Sri Lankan port, but the importers are not getting them cleared because of the deteriorating law and order situation there,” he added.

“The goods, especially fruits and vegetables, in godowns are perishing.

Sri Lanka is a major importer of Pakistani rice and textile products, but the exports have come to a halt,” he added.

Pakhali said a delegation of the forum held a meeting with the Sri Lankan ambassador in Pakistan and emphasised that the Muslim community over there be protected.

The delegation condemned the terrorist activities in Sri Lanka and condoled the loss of precious lives over there.

They demanded of the Sri Lankan government to compensate for the losses inflicted upon the Muslim community and provide them with protection.

Pakhali said, “The loss to the Muslim community by now is estimated at $500 million and payments to the Pakistani exporters amounting of $30 million have been withheld.”

He said the exports would not resume till the law and order situation in Sri Lanka improved. “Pakistan will face difficulties in achieving the export target in the final months of this fiscal year,” he added.

A Sri Lankan businessman Zainul Abideen told The Express through WhatsApp that the Muslim community in Sri Lanka was facing a ton of problems and was under siege.

“The law enforcement agencies are searching properties of Muslims. They are being attacked by mobs,” said Abideen. “Most of the losses to Muslims occurred in Negombo, Kurunegala and Puttalam districts. Violent mobs are attacking Muslims in the presence of security personnel.”

He said mobs were attacking Muslim neighbourhoods while the authorities were silent. “The national media of Sri Lanka is keeping its citizens in the dark about such injustice,” he added.