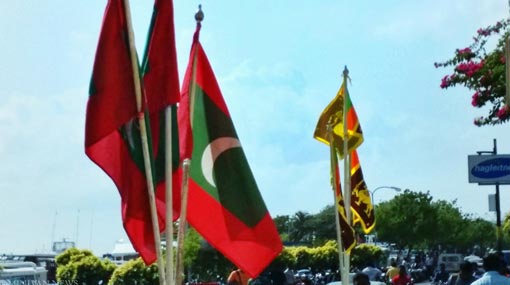 Maldives asks Lanka to clarify claims made by army chief

Speaking about the Easter Sunday bombings and extremist elements within the region, Senanayake told an Indian TV channel that citizens from many countries travel through Sri Lanka to go fight in the Syrian civil war, the second highest of which were Maldivians.

Over the past five years, dozens of Maldivians joined militant groups fighting in Syria and Iraq. The authorities estimate the current figure at 69, excluding women and children.

Miuvan Mohamed, director general of communications at the foreign ministry, said Senanayake’s comments were “irresponsible” and could possibly be harmful to Maldivians living in the neighboring country.

The Maldives has formally asked the Sri Lankan government to issue a statement to clarify Senanayake’s comments.

Some 15,000 Maldivians reside in Sri Lanka, based mainly in the capital Colombo. According to media reports, several families have been returning due to targeting and harassment of Muslims in the wake of the Easter Sunday suicide bombings that claimed over 250 lives.

Five Maldivians were arrested in a security sweep after the terrorist attacks. Two Maldivian men remain in custody after authorities found literature related to the Islamic State terror group in their home.