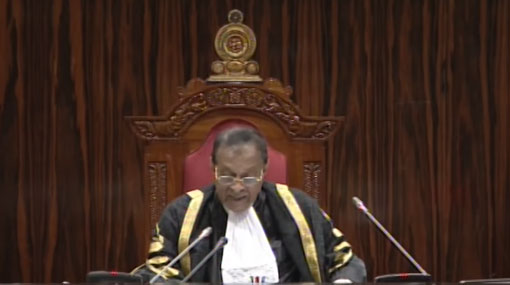 Speaker of Parliament Karu Jayasuriya has announced the members of the Special Select Committee appointed to probe the coordinated terrorist attacks that took place on April 21st.

Speaker made the announcement when the Parliament convened at 10.30 a.m. this morning (23).

The Special Select Committee, which comprises of seven members, will be chaired by Deputy Speaker Ananda Kumarasinghe.

The proposal by the ruling party to appoint a special Select Committee to produce a report on the Easter Sunday attacks was passed at the parliament without a vote during the parliamentary session held last evening (22).

The Committee will probe whether intelligence officers had received information on the Easter Day attacks prior to the attacks and if so, adequate measures had been taken to prevent or minimize such attacks.

The Committee should produce its report either within 03 months from its inaugural meeting or before the completion of the 03 months on a date set by the parliament.