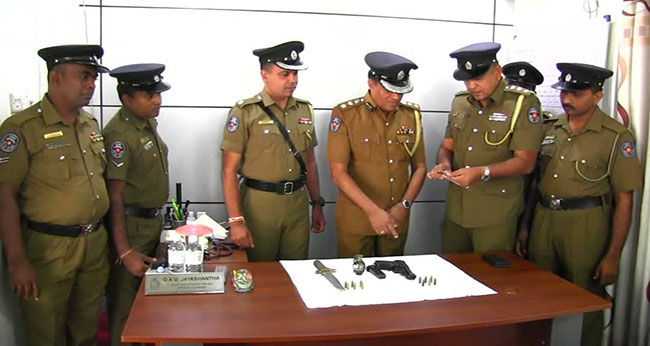 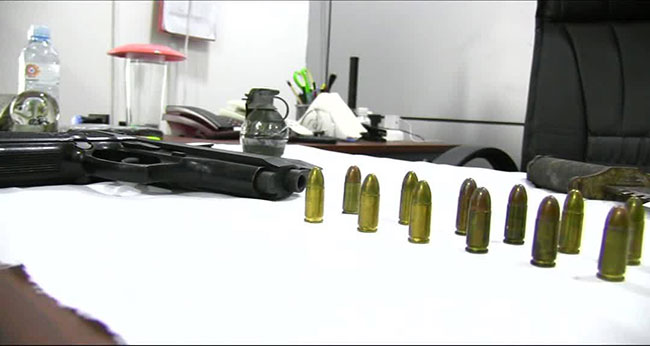 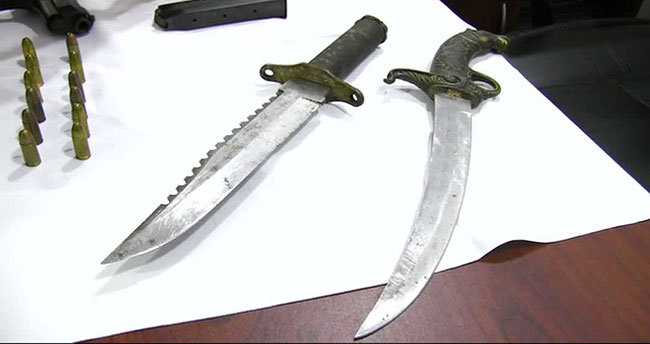 Four contract killers arrested with firearm and grenade in Piliyandala

Four suspects have been arrested with a firearm and a hand grenade following the search of a vehicle in the Hedigama area in Piliyandala.

A search operation had been launched by police based on information received by the Piliyandala OIC regarding several suspicious individuals roaming the Dampe area in Piliyandala in a white colored vehicle.

Accordingly the four suspects in question and the vehicle were taken into custody by police on Thursday (23) morning. The arrested suspects are residents of Matara, Weligama, Peliyagoda and Kelaniya areas.

Police discovered a foreign-manufactured 9mm pistol, 12 bullets, a hand grenade, 2 knives and 200 grams of gun powder in the possession of the suspects.

Information has been uncovered that two of the arrested men are the chief suspects wanted in connection with a murder carried out in the Piliyandala area in January.

Police said that the two suspects had fled the country after carrying out the killing and had only returned to the country several days back.

Preliminary investigations have revealed that the arrested suspects are members of an organized criminal gang responsible for carrying out contract killings, police said.

It has also been uncovered that they are associates of underworld figure Sinhara Amal Silva alias ‘Kudu Anju’ from Ratmalana.

Meanwhile a former army officer is also reportedly among the arrested suspects.

Piliyandala Police said that the four men are suspected of arriving Dampe in order to carry out a murder.

The suspects are to be produced before the Kesbawa Magistrate’s Court on Monday.