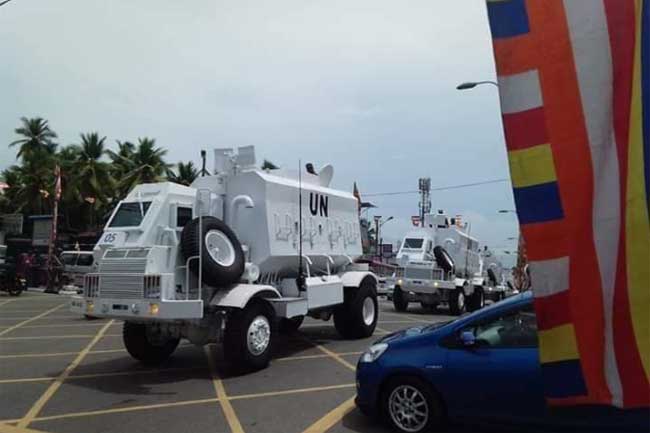 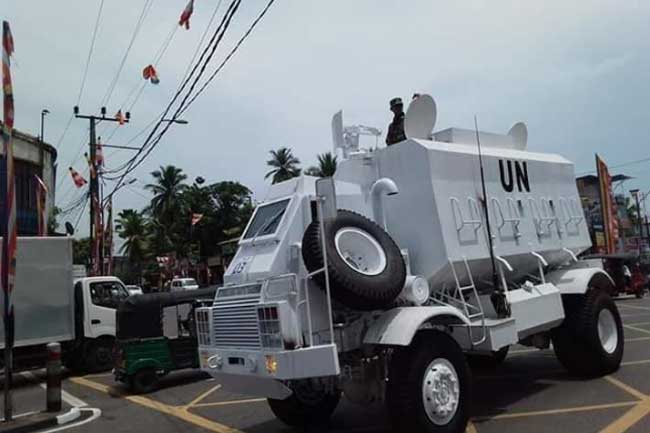 Acting Army Spokesperson Major General Roshan Seneviratne says there is absolutely no truth to the reports alleging that military corps of the United Nations (UN) have arrived in the country.

Photographs and videos of a convoy of white colored military trucks with “UN” written on them are currently circulating in social media websites such as Facebook.

When inquired by Ada Derana regarding these and the reports accompanying them claiming that UN forces have arrives in the island, the Acting Army Spokesman said that this is simply a grave misunderstanding and that there is no truth to these reports.

Explaining further, he said that these are photographs of the Sri Lanka Army’s buffel trucks being road tested before they are shipped out to be used by UN peacekeeping forces in Mali.

He said that some individuals have taken photographs during these tests and posted them on social media thereby causing this misunderstanding.

Major General Roshan Seneviratne urged the general public to refrain from spreading such false information regarding national security and misleading others.