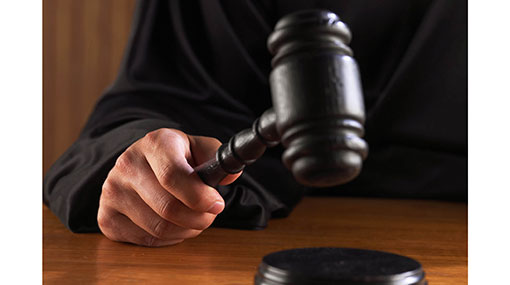 Four including municipal councillor with links to NTJ produced before court

Four including Sri Jayewardenepura Kotte Municipal Council member Haja Mohideen Ali Usmani, who were arrested over alleged involvement in terrorist activities, have been presented before the Colombo Magistrates Court yesterday (29) for observations.

The Welikada Police informed the court that the suspects are being held in the custody of police as per the detention orders obtained from the Ministry of Defence.

The magistrate, considering the submissions of the police, ordered to produce the suspects before the court again on July 3rd for further observations.

The suspects were arrested for their alleged nexus with the National Thowheed Jamaath, the extremist organisation responsible for the Easter Sunday terror attacks which killed over 250 civilians.

A cache of sharp knives, swords and CDs with content relating to the NTJ were found on the suspects during the arrest.