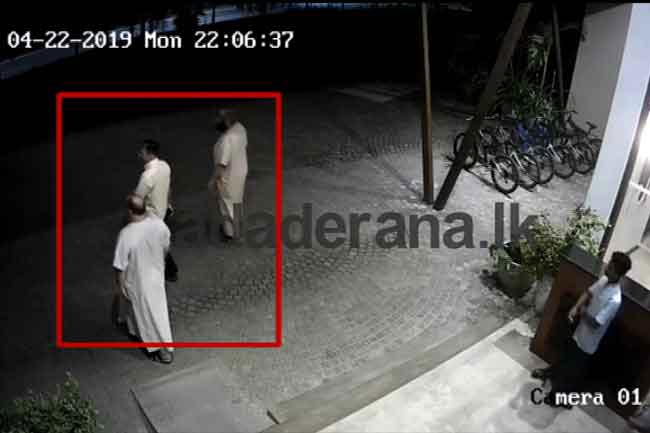 CCTV footage of the Eastern Province Governor M. L. A. M. Hizbullah meeting several persons who could be identified as Saudi Arabian nationals at a hotel in Pasikudah has been uncovered.

The CCTV footage shows Governor Hizbullah arriving at the particular hotel on the 22nd April 2019, a day after the Easter Sunday bombings which killed nearly 350 persons.

Footage has also captured several persons coming out of the hotel building to meet the governor and him entering the hotel with them.

Subsequently, the governor comes out of the hotel with several persons who could be identified as Saudi Arabians.

Later, a van arrives at the hotel and a parcel which arrived on the van is taken towards the hotel.