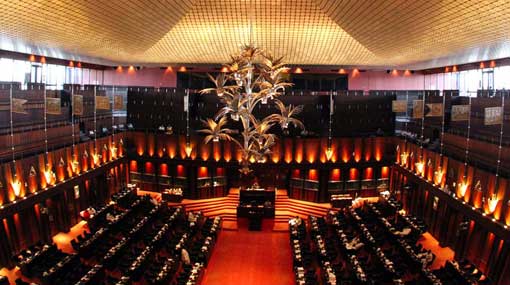 The Cabinet of Ministers has granted approval to revise the Penal Code and the Code of Criminal Procedure to enable legal action against individuals who disperse statements and hate speech that hinder the peace among communities and national security.

The Sectoral Oversight Committee on National Security had recently called on the Ministry of Justice and Prison Reforms to make the necessary amendments.

The relevant proposal submitted by the Minister of Public Administration, Disaster Management, and Rural Economic Affairs Ranjith Madduma Bandara, in his capacity as the Acting Minister of Justice and Prison Reforms, has received the Cabinet approval.

Accordingly, the Cabinet has granted approval to impose a fine of Rs 1 million or a prison sentence, not more than 5 years, or impose both punishments with respect to a guilty for such offence, the Department of Government Information said.