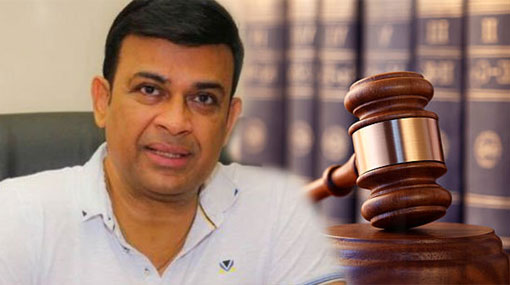 The Supreme Court has ordered the Attorney General to submit indictments against State Minister of Highways & Road Development Ranjan Ramanayake, for the second case filed against him over contempt of court, within a month’s period starting from today (12).

The case was taken up before Chief Justice Jayantha Jayasuriya and Supreme Court Justices Vijith Malalgoda and Murdu Fernando.

The lawyer representing the Attorney General, Additional Solicitor General Sanjaya Rajaratne stated that the defence attorney had informed the court during a previous hearing that his client is ready to make an apology with regard to the case.

However, the Additional Solicitor General had further told the court that such an apology as such could be made only after submitting indictments against the defendant, to which the Chief Justice and Justice Malalgoda also agreed.

The defence attorney President’s Counsel Faisz Musthapha, however, assured the court that he has no objections against presenting indictments against his client but emphasized that he should be allowed to present submissions with regard to the case.

Accepting the request made by the defence attorney, the Supreme Court judge bench ordered the Attorney General to submit indictments against State Minister Ramanayake within a month starting from today (12).

Accordingly, the Supreme Court ordered to take up the case again on the 30th of July.

The case was filed against State Minister Ranjan Ramanayake over Contempt of Court charges for allegedly making a controversial statement regarding the composition of the Supreme Court judge bench hearing the petitions filed against the dissolution of Parliament.