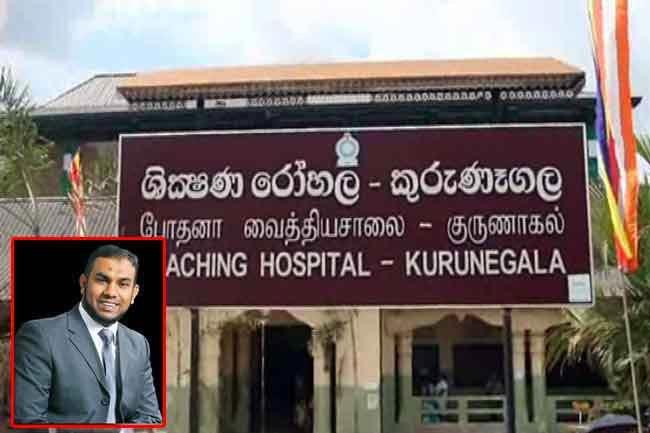 Northwestern Province doctors of the Government Medical Officers’ Association (GMOA) have decided to launch a protest campaign over several points including protesting Dr. Mohamed Shafi of the Kurunegala Hospital who is currently under arrest.

The protest will be held before the Kurunegala Teaching Hospital this afternoon (12), stated GMOA Northwestern Province Coordinator Dr. Indika Ratnayake.

The protest has been organized based on 10 points including the actions of the accused Dr. Shafi, removal of Health Minister Rajitha Senaratne from his post, he said.

The protest will be held in parallel to the island-wide protest week organized by the GMOA, Ratnayake further said.

Meanwhile, the number of complaints against Dr. Mohamed Shafi, who is accused of allegedly performing illegal sterilization, has surpassed 900.

Dr. Mohamed Shafi, attached to the gynecology and obstetrics section of Kurunegala Teaching Hospital, was arrested on May 24th for allegedly amassing wealth in a suspicious manner. He is being interrogated at the Criminal Investigation Department (CID).

As the doctor had been charged with illegal sterilization, mothers, who had delivered through Caesarean surgeries under him and experienced complications or inability conceive following the surgery, have been asked to submit their complications to the Dambulla and Kurunegala hospitals.

Accordingly, 943 complaints have been submitted to the hospitals so far.