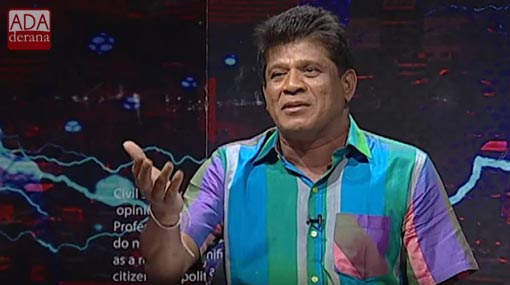 Stationary carpentry sheds & sawmills will not be banned, Mannapperuma reassures

The government will not close down or block any stationary sawmills or carpentry sheds under any circumstances, State Minister of Mahaweli Development and Environment Ajith Mannapperuma reassured.

The state minister, joining ‘Wada Pitiya’ political programme broadcasted live on Derana last night (11), handed over a written document with his signature and the official seal as a reassurance to the sawmill owners.

The President’s comment was on imposing a ban only on “mobile” sawmills, the state minister argues.

President Maithripala Sirisena’s speech at an event held to celebrate the World Environment Day on June 6th caused controversy among sawmill owners as he had commented that steps would be taken to ban carpentry sheds and the import of machinery used for felling trees.

Accordingly, the Mahaweli Development and Environment Ministry announced that the Extraordinary Gazette No. 1891/26, issued by President Sirisena in December 2014 with regard to registration of carpentry shops and property, is to be amended.

However, a fast-unto-death protest was launched in the Moratuwa area, which is well-known for the carpentry industry, yesterday (11), alleging that the government has decided to ban carpentry sheds. The mayor of Moratuwa, the carpenters in the area, as well as the members of Moratuwa Municipal Council, had led the protest.

During the ‘Wada Pitiya’ programme, State Minister Mannapperuma argued that the President has not issued a gazette notification or a letter on the matter and complained that the controversy was created based on a statement made by the President at an event.

The President has not given any instructions to the State Timber Corporation in this regard, the state minister emphasized.

However, Deputy Mayor of Moratuwa Saman Lal, when queried by Ada Derana if the fast-unto-death is to be concluded as State Minister Mannapperuma has made a reassurance in writing, said the 5th and 6th paragraphs of the letter issued by the Ministry of Mahaweli Development and Environment on June 8th mentioned that the Moratuwa area would be affected the most owing to the said ban.

The letter written by State Minister Ajith Mannapperuma is as follows: