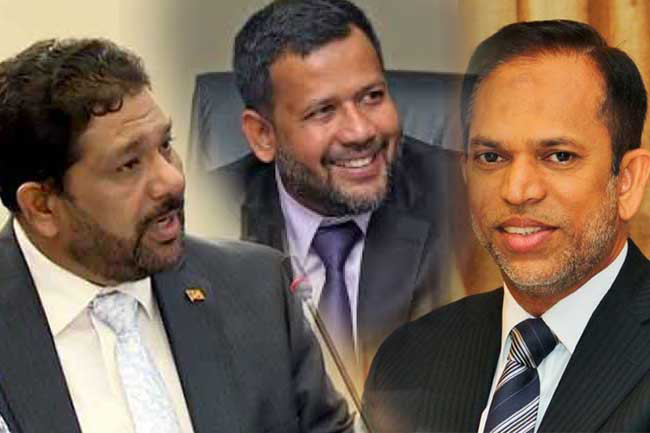 The committee set up in the Police Head Quarters to receive complaints against Rishad Bathiudeen and M.L.A.M. Hizbullah and Azath Salley has received 21 complaints by 3 pm this evening (12).

Reportedly, 11 of these complaints are against the former Minister Rishad Bathiudeen.

On June 4th, a three-member committee comprising of three senior police officials has been set up at the Police Head Quarters to receive any complaints against former governors M.L.A.M. Hizbullah and Azath Salley and MP Rishad Bathiudeen.

The public was allowed to lodge complaints at the Police Headquarters until 4.00 p.m. this evening (12).