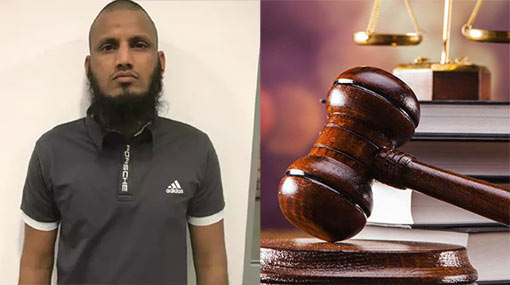 The Colombo Magistrate’s Court has granted permission to the Colombo Crimes Division (CCD) to detain and interrogate the notorious underworld figure Mohamed Najim Mohamed Imran alias ‘Kanjipani Imran’, who was deported to Sri Lanka after being arrested with ‘Makandure Madush’ in Dubai.

Kanjipani Imran was held under CCD custody and produced before the court today (12) for observation.

The CCD informed the Colombo Magistrate that investigations into the suspect are still underway.

Accordingly, the court granted permission to further detain the suspect under CCD’s custody and to interrogate him.

The Colombo Magistrate ordered to produce the suspect before the court again on the 26th of June for observation.