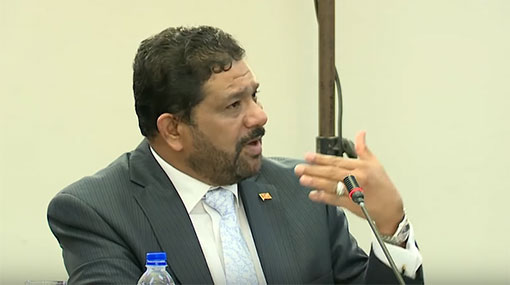 Muslim youths were arrested for having Zahran’s video in their mobile phones and they were not even not allowed to fast during Ramadan, former Governor of Western Province claimed while testifying before the Special Parliament Select Committee.

“Whom does the curse of arresting these youths during the fasting season fall on?” the former governor questioned.

“We never expected that the government would thrust the Muslims to a situation as such,” Azath Salley complained.

It is unfair to treat the entire Muslim community in an unwelcoming manner because of what 8 persons did, he alleges. “What we ask for is not to push others to such a state,” the former governor said.