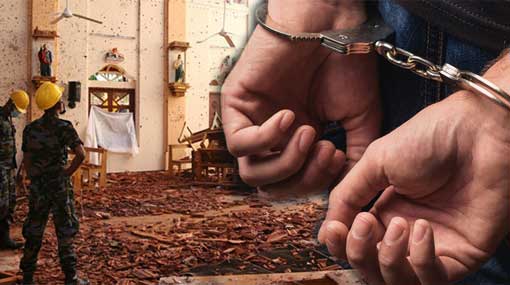 Five arrested in Jeddah over Easter attacks brought to SL

Five suspects including Mohamed Milhan, an ardent member of the terrorist group that carried out the carnage of Easter Sunday, have been arrested in Jeddah, the Police Media Spokesperson Ruwan Gunasekara said.

A group of officers of the Criminal Investigation Department (CID) have escorted the suspects to Sri Lanka at around 4.00 a.m. this morning (14).

The suspects are currently held under the custody of the CID.

UPDATE (2.00 P.M.): The police, earlier today, reported that the said five suspects were arrested in Dubai, however, it was later reported that they were taken into custody at Jeddah in Saudi Arabia.