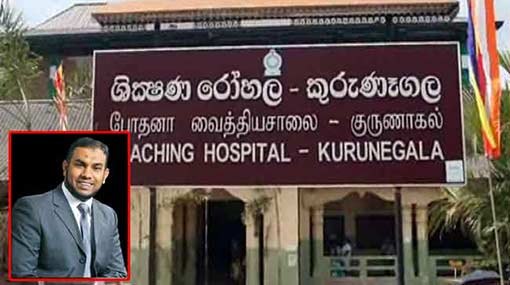 The number of complaints filed against Dr Mohamed Shafi over alleged illegal sterilizations has amounted to 1,003.

The Kurunegala Police had arrested Dr Shafi on May 25th over alleged illegal accumulation of assets. He was later handed over to the Criminal Investigations Department for further investigations.

However, accusations started piling up against Dr Shafi alleging that he had performed illegal sterilizations on mothers during their Caesarean-section deliveries.

Subsequently, the public was asked to come forward with complaints against Dr Shafi, if there are any.

A large number of mothers had claimed that they had conceiving complications following their C-section surgery performed by Dr Shafi.

It is reported that the Kurunegala Teaching Hospital had received 839 complaints in total while Dambulla Hospital received 164 complaints against Dr Shafi.