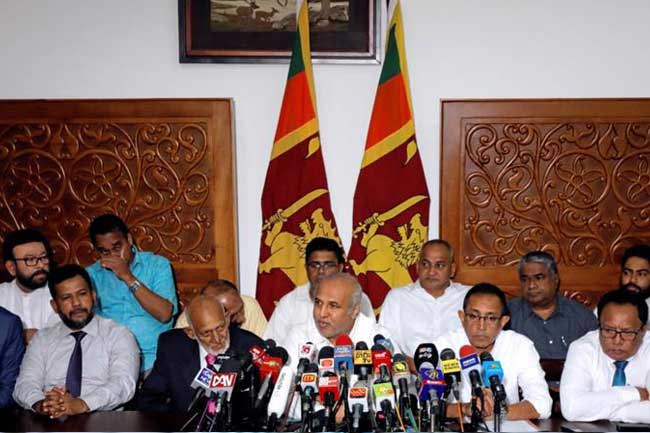 The discussions held to decide whether Muslim Ministers should reaccept their ministerial posts again have ended without a conclusion, states MP Faizal Cassim.

A meeting was held among the Muslim Ministers who resigned from their posts recently, at the parliamentary premises today (18).

The talks were held to take a decision on whether or not to accept their ministerial posts again.

Reportedly, the meeting was attended by all Muslim ministers who resigned from the posts and lasted for about an hour.