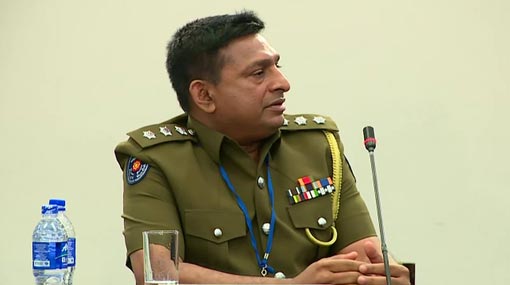 Testifying at the Special Parliamentary Select Committee appointed to inquire about the Easter Sunday bombings, the former OIC, who served in Kattankudy from 2014 to 2017, stated that although there were many conflicts between the group of Zahran and other Muslim groups, they were mainly factional conflicts.

“Our issue was that Zahran’s lectures criticized other factions of the religion which resulted in other people stoning his meetings. Therefore we attempted to halt his meetings. Our concern back then was that there would be conflicts between these groups”, he said.

“I have halted four of Zahran’s meetings through court orders. Then they complained to the Human Rights saying that everyone has the right to speak, discuss and spread religion. Even magistrates questioned me on why I was attempting to halt these meetings and asked me to allow them to hold these meetings. I faced many difficulties due to Zahran.”

Wedagedara affirmed that Zahran, Rilwan and ‘Army Mohideen’ escaped arrest during the incident of attack on ‘Sufi’ Muslims in 2017.

He said that ‘Amy Mohideen’ was a prominent figure at the conflicts during the 2015 election period – both presidential and parliamentary and that Zahran wasn’t mentioned in political conflicts. According to the former OIC ‘Army Mohideen’ is called by that name because of his connections to the Army and that he was an informant of the Army. He further claimed that ‘Army Mohideen’ worked under Provincial Council Member Sibly Farook during the 2015 election. However, these conflicts had been political and not religious, said Wedagedara. He also noted that they hadn’t observed any connection of Sibly Farook with religious or factional conflicts.

The former OIC stated that the police had sent timely reports on these conflicts and incidents to intelligence units and the other relevant parties.” We haven’t used Zahran’s names on these. These have been mentioned as conflicts between two parties”, he said.

The Terrorism Investigation Division (TID) or any other relevant units had not directed them to be check up or be vigilant on these persons [Zahran, Rilwan and ‘Army Mohideen’].

We haven’t received any information from the TID or any other units to check up on these persons.

The officer also said that he was not aware of the agreements signed by election nominees with Zahran in 2015 and that they only got to about these agreements later.

Speaking on Azath Salley’s claim that Zahran set fire to 120 houses in Eastern Province, the former OIC of Kattankudy stated that they received no such information and that if it had been true, it would have been controversial news for the whole country.

When the Committee inquired why he wasn’t aware that these many incidents of conflict anti-democratic action might escalate to the current point and pointed out that many had claimed that the situation worsened during his police administration in Kattankudy, the former OIC said, “This is like the tsunami. We didn’t know until it happened.”

He further said, “We were aware of Zahran. But we didn’t find anything special on him.”

Wedagedara stated that the Arabization of Kattankudy had begun even before he started serving as the OIC in the area.

However, he had not noticed any prominent increase in the number of mosques in Kattankudy during his administration, he added.