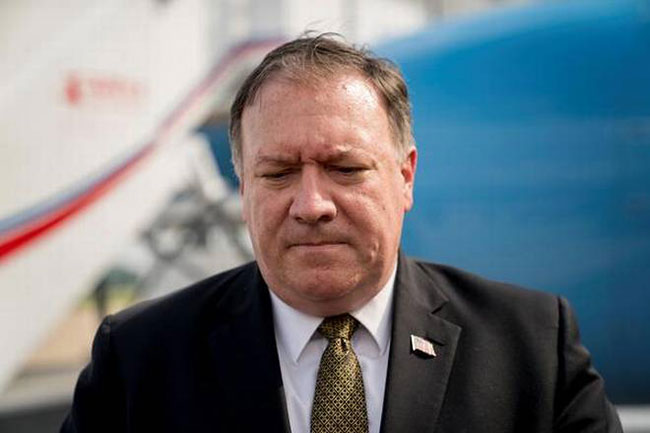 U.S. Secretary of State Michael Pompeo has canceled a planned visit to Sri Lanka due to ‘scheduling conflicts’ while also expressing regret that he will not be able to visit Colombo.

“Due to unavoidable scheduling conflicts during his upcoming visit to the Indo-Pacific region that includes accompanying President Donald J. Trump to the G20 Summit in Japan, U.S. Secretary of State Michael R. Pompeo is unable to visit Sri Lanka as previously announced.”

“Secretary Pompeo regrets that he is no longer able to visit Colombo at this time,” the US Embassy in Colombo said today (19).

The statement said that Secretary hopes to travel to Sri Lanka at a later date to underscore the US’s strong partnership with Sri Lanka, which it said is rooted in a commitment to democracy, economic growth and a free, open Indo-Pacific region.

The United States remains committed to these objectives and looks forward to building on our longstanding partnership, the embassy said.