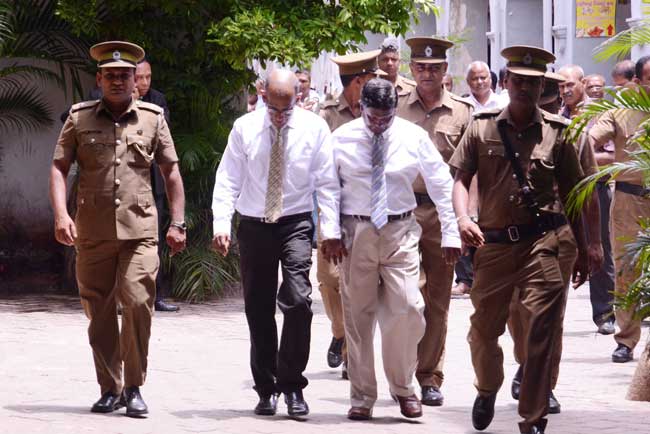 The Bribery Commission today filed cases before Colombo’s Permanent High Court-at-Bar against the President’s former Chief of Staff I.H.K. Mahanama and the former Chairman of the State Timber Corporation (STC) Piyadasa Dissanayake over the accepting of a Rs 20 million bribe.

The indictments signed by the Director General of the Bribery Commission President’s Counsel Sarath Jayamanna were filed with the Permanent High Court-at-Bar by bribery commission officers this morning.

The suspects were arrested by the Bribery Commission for allegedly soliciting a bribe of Rs 20 million from an Indian businessman in order to transfer the machinery equipment belonging to the Kantale Sugar Factory in May 2018. They are currently out on bail.