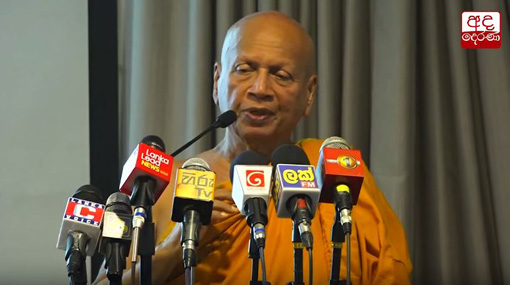 As a responsible leader of the country, Prime Minister Ranil Wickremesinghe is not concerned of anything that is indigenous, says Venerable Bellanwila Dhammarathana Thero.

He made this comment addressing an event organized by the union of national organizations last evening (19).

Stressing on the fact that expedite steps should be taken to recover from the situation the country has fallen into, Venerable Dhammarathana Thero said, the incumbent government should be ‘sent home’ immediately as the country becomes unstable when they are in power.

“It feels as if the government does not care about the country and this is intentionally done,” Venerable Dhammarathana Thero added.

He pointed out that the United States is responsible for segregating countries like Korea, Vietnam, Iraq, Iran and Libya and also for the unfortunate incidents that followed.

India, at present, has also become a stronghold of the United States, Ven. Dhammarathana Thero claimed.