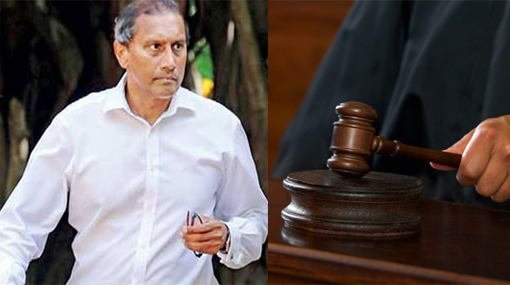 The Chief Magistrate has delivered the order taking into consideration a submission presented by Senior State Counsel Lakmini Kiriyagama who appeared on behalf the Attorney General.

The Chief Magistrate has also instructed to void the order delivered on June 13th to release the PTL chairman’s passport which had been held under the custody of the court.

Senior State Counsel Lakmini Kiriyagama has told the court that the Attorney General would file indictments and lodge a case within the first two weeks of July with the Permanent High Court at Bar against Geoffrey Aloysius and nine others over the Bond Scam.

If the defendant is allowed to travel abroad in this backdrop, there is a possibility of him not returning to the country and absconding the court, the senior state counsel pointed out.

The motion filed by the Attorney General seeking the court to annul the overseas travel approval granted to PTL Chairman Geoffrey Aloysius, who is a main suspect in the Bond Scam case, was taken up before the Colombo Chief Magistrate Lanka Jayaratne today (20).

The motion said that the court has granted permission to the PTL chairman to travel to Singapore from 1st to 11th of July to attend his daughter’s wedding.

The Attorney General has accordingly requested the court to cancel the overseas travel approval granted to the PTL chairman as a case is to be filed against him with the Permanent High Court at Bar.

Considering the submissions, Chief Magistrate Lanka Jayaratne decided to void the court order that granted him permission to travel overseas.