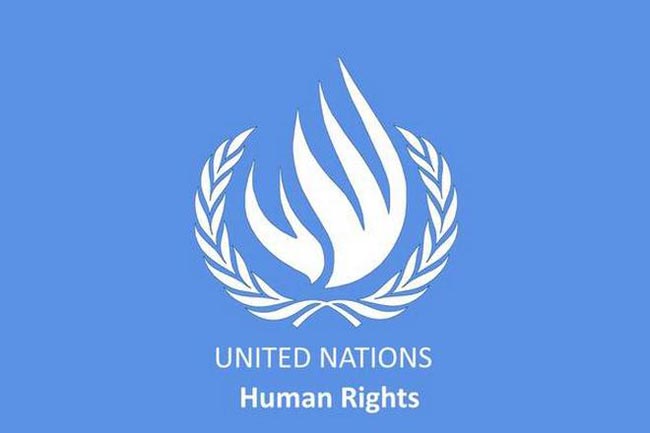 Sri Lanka’s intervention under Agenda Item 2 of the Council followed the Oral Update provided by the UN High Commissioner for Human Rights Madam Michelle Bachelet at the opening of the 41st Session of the Human Rights Council on 24 June 2019, where a reference was made to Sri Lanka.

Clarifying the latest situation in the country following the Easter Sunday terrorist attacks and its aftermath, Sri Lanka stated that it has made significant progress in assuring the security of all Sri Lankans and upholding law and order through the implementation of relevant laws and legal processes, among other important measures.

Sri Lanka further asserted that the national institutions in Sri Lanka continued to make interventions on issues pertaining to violence and extremism, as the Government pursued effective measures that have led to the dismantling of terrorist networks in the country.

The statement issued by the delegation is as follows:

“We share with the High Commissioner the broad concerns expressed on several important issues where human security and human rights are at stake. We note in this context, a number of significant comments made on the role of the national human rights institutions, implementation of a strategy and action plan on hate speech, rights of migrants and statelessness, as well as concerns relating to the use of digital technology to the detriment of human rights. These are areas where we would continue to extend our cooperation to the respective human rights mechanisms in advancing further dialogue and positive outcomes.

Mr. President, in her Oral Update, the High Commissioner also referred to the current developments in Sri Lanka, and in this regard, we wish to draw the attention of this Council to the following points:

Firstly, on Easter Sunday this year, Sri Lanka experienced a series of heinous terrorist attacks by persons inspired by the ISIS ideology, resulting in the loss of 258 innocent lives and injuring several hundreds. Sri Lanka took immediate action to respond to this grave threat, and a State of Emergency was declared with a view to ensuring the safety of the public and to uphold law and order. We are pleased to share with the Council today that, two months from the attacks, we have made significant progress in assuring the security of all Sri Lankans and restoring law and order, through the implementation of relevant laws and legal processes. It must also be noted that the State of Emergency was extended in the interest of public security and the preservation of public order, and also to enable those in custody to be kept in custody pending further investigations. Furthermore as it was felt that road checks and guarding of vulnerable locations, including schools, religious institutions and diplomatic missions was still necessary, it was decided that it be best attended to by the Security Forces. The Emergency Regulations were necessary to empower the Armed Forces to carry out their duties.

It is important to acknowledge in this regard the understanding and support extended by all stakeholders, in particular the Muslim community, which has cooperated with the government and the security forces in identifying terrorist elements and preventing any further attacks. Sri Lanka also wishes to acknowledge the assistance provided by a number of bilateral and international partners in the immediate aftermath of the terrorist attacks, to facilitate the investigations.

Secondly, the incidents of violence that occurred 3 weeks after the terrorist attacks in a few places by mobs were speedily brought under control and have been efficaciously addressed by the Government through a number of arrests and bringing to justice alleged perpetrators. 151 individuals were arrested following the incidents which occurred on 13 May 2019. Investigations have revealed that they have been orchestrated by politically motivated elements. It is important to note that the ICRC as been provided full access to all detainees from 48 hours after arrest, despite the heightened security environment. The rapid response by Sri Lankan security forces and the police in apprehending perpetrators of violence has been widely acknowledged. The professional approach adopted by military and law enforcement officials and the prompt calls by the political and religious leaders has effectively prevented the spread of any further violence.

Further, a compensation scheme is being implemented at present to pay for the damages occurred during the incident. The payment of compensation is being processed for all damaged properties at present by the newly established Office for Reparations.

Thirdly, as echoed by the High Commissioner, the Government of Sri Lanka has already initiated the setting up of an inter-religious council aimed at raising awareness and solidarity, building peace and promoting reconciliation among all communities in Sri Lanka, thereby further strengthening the reconciliation efforts already undertaken.  Accordingly, any incidents of hate or incitement to violence are being tackled through the engagement of law, effective law enforcement as well as strengthened and informed dialogue towards building mutual understanding and accommodation of diversity.

The Easter Sunday attacks remind us that we are fighting a common adversary in terrorism, radicalization and violent extremism, which is a global threat.  Our people have lived side by side amicably despite racial and religious differences for centuries, and they continue to do so. In this instance, the Government is committed to working with all segments of society in fostering one national identity while respecting cultural inheritance, in order to avert polarization of communities.

Fourthly, Sri Lanka’s national institutions continue to make interventions on issues pertaining to violence and extremism, even as the Government has pursued effective measures which have led to the dismantling of terrorist networks within the country. In this context, we take note of the High Commissioner’s encouraging remarks about the work of the Human Rights Commission of Sri Lanka, which remains an independent component of the State machinery and makes an important contribution in raising and addressing human rights violations and ensuring equality and non-discrimination for all.

Finally, Mr. President, while highlighting the above measures, the Government of Sri Lanka ispleased to inform this Council that, in keeping with its policy of constructive dialogue and cooperation, it  would continue to engage with the UN Human Rights system and Sri Lanka’s international partners, to advance our national responsibility of assuring respect for dignity and equality, and safety and security of all Sri Lankans.”