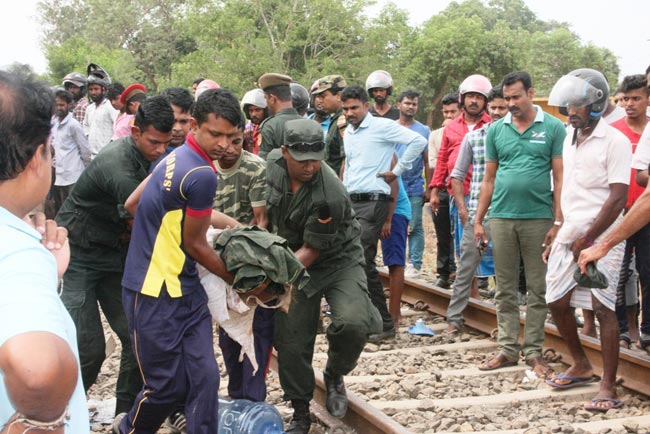 An Army officer, who was hospitalized over the fatal accident of an Army truck colliding with a train in Kilinochchi, has succumbed to his injuries, last night (25).

An army truck collided with a train in Kilinochchi, killing 5 Army officials and injuring another 2, yesterday. The soldiers injured in the accident were hospitalized and one injured officer was in critical condition.

The accident occurred last afternoon as the truck was attempting to pass through an unprotected railway crossing near 55 Junction in Kilinochchi.

Accordingly, the number of deaths in the accident has climbed to 6 as the soldier who was in critical condition succumbed to his injuries.