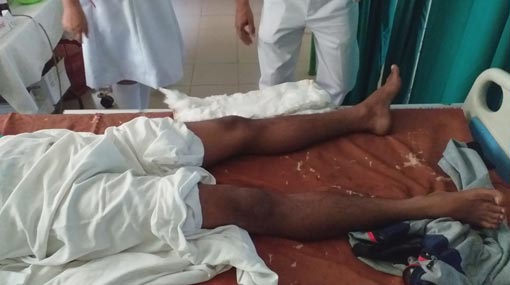 Father of two injured in assault by Ginigathhena police

Reportedly, the assaulted father of two who had arrived at the Ginigathhena Police station at around 11.30 am today (30). At the Police station, he had gotten involved in a hearing of a complaint lodged on a financial transaction between his sister and another woman from the area.

However, when inquired from the Officer-in-Charge at the Ginigathhena Police, he stated that they had acted to remove the said individual from the scene of hearing as he was not needed to lodge the complaint and that there was no case of assault or any such case.

Meanwhile, the injured person has been transferred to the Nawalapitiya Base Hospital after initial treatments.