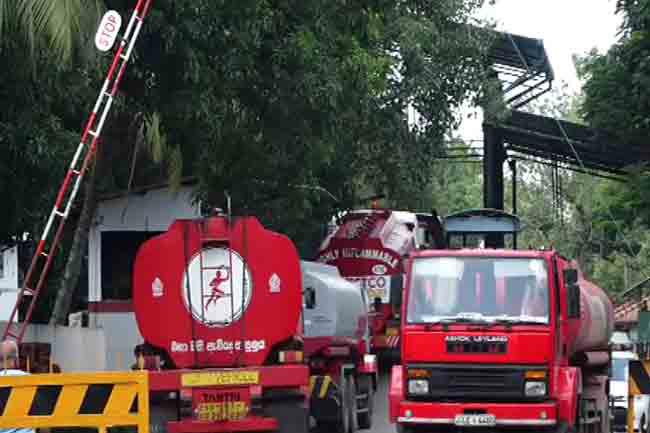 The Ceylon Petroleum Corporation (CPC) trade unions say that the supply of fuel to the Ceylon Electricity Board (CEB) will be suspended from midnight today (30).

This decision has been taken over not allowing the reconstruction in the remaining 140 meters of the fuel pipeline running from Colombo Harbor to the Kolonnawa warehouse.

However, the Minister of Petroleum Resources Kabir Hashim stated that the Prime Minister agreed to resolve the issue within the coming days.

The reconstruction of the remaining 140 m of the 5 km pipeline running from the Colombo Harbor until the Kollanwa warehouse was halted over the protests of the unauthorized residents living on the route of the pipeline.

The CPC trade unions charge that Minister of Power and Renewable Energy Ravi Karunanayake is behind this act.

Therefore, the unions said that they will suspend the fuel supply to the CEB from Monday (July 01) if the pipelines aren’t allowed to be reconstructed.