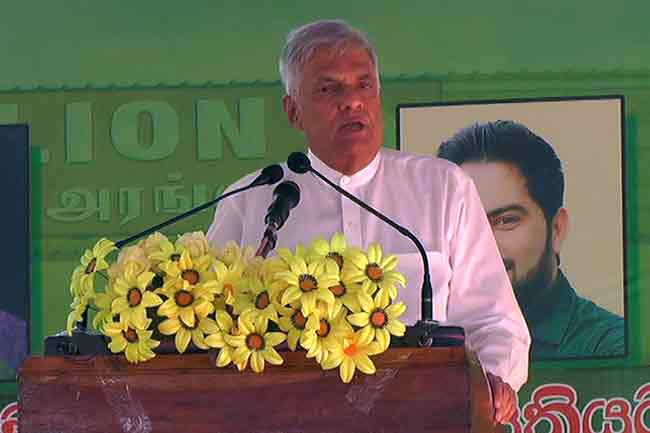 Prime Minister Ranil Wickremesinghe stated that the Commander of the Army has publicly acknowledged that former Minister Rishad Bathiudeen had not influenced him.

Addressing an event held in Kinniya Central College, yesterday (14), the Prime Minister pointed out that police intelligence reports have not confirmed any charges against Bathiudeen.

The relevant report has been forwarded to the Attorney General and the Speaker of the Parliament and they will take necessary measures with regard to it, he said.

Pointing out that some reject certain parts of the report, Prime Minister Wickremesinghe stated that this enables ISIS terrorism.

It is impossible to deny some parts of the report and accept the rest, stated the Prime Minister.

The Premier further said that doing this for political purposes only weakens the strength of the evidence and devalues the two months of investigations carried out by the intelligence units.

This act reveals the true nature of those who shed crocodile tears over the intelligence units of the country, he added.