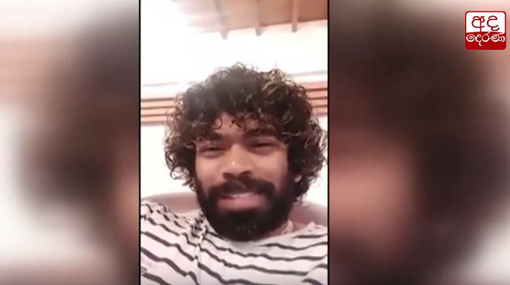 Malinga invites Kulasekara to attend his farewell match as spectator

Sri Lanka retiring paceman Lasith Malinga has invited fast bowler Nuwan Kulasekara, who officially announced his retirement from international Cricket, to attend his final ODI match against Bangladesh on the 26th of July, even as a spectator.

In a video uploaded to his Facebook account, the legendary fast-bowling ace commended Kulasekara for helping him out to gain soaring recognition in the international cricket arena.

The video comes after Kulasekara’s official announcement of retirement from international Cricket yesterday (24).

Kulasekara has said that he was fortunate to play cricket alongside some of the greats of the game and that his partnership with Lasith Malinga for over a decade created many Sri Lankan victories. He also said that Malinga’s recent statement of wishing to retire from the ODI version of the game playing alongside himself in Sri Lanka would have been a “dream come true.” He added that he had made a request to Sri Lanka Cricket (SLC) on playing a farewell match with Malinga, however, the request was turned down.

In response to the 37-year-old fast bowler, Malinga recalled the 13-year experiences shared with Kulasekara in the field of Cricket.

Malinga expressed his regret for not being able to make it to Kulasekara’s retirement press conference yesterday (24) as he had to attend practices.

Recalling how he practised with Kulasekara for the final four bowls of the  2014 ICC World Twenty20 victory match, Malinga said the duo were able to introduce a “new art” in Cricket.