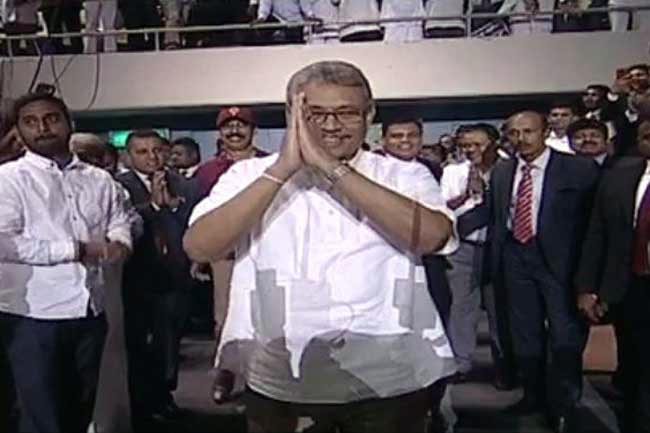 The former Defense Secretary Gotabaya Rajapaksa has been officially announced as the Presidential Candidate of the Sri Lanka Podujana Peramuna (SLPP) by party leader Mahinda Rajapaksa.

The decision was revealed at the first-ever National Convention of the SLPP held at the Sugathadasa Indoor Stadium.

Accordingly, Gotabaya Rajapaksa will be contesting for Presidency at the upcoming presidential election.

The currently ongoing National Convention of the SLPP is telecast live on TV Derana and Ada Derana 24.