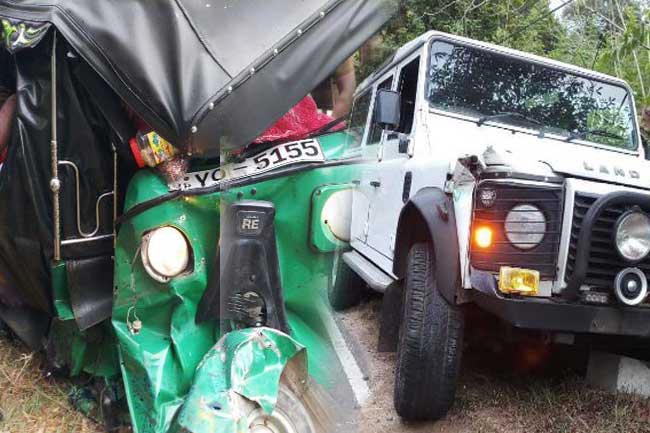 Two persons have been injured when a three-wheeler collided with a VIP motorcade in the Mahagodayaya area in Buttala last afternoon (12).

The three-wheeler which had been traveling towards Monaragala from Wellawaya had collided with the VIP motorcade arriving from the opposite direction.

The three-wheeler had crashed into both a car and an accompanying defender which had resulted in injuries to two persons who had been traveling on the three-wheeler.

The injured three-wheeler driver and the passenger had been admitted to the Buttala Hospital.

The number plates of the vehicles of the VIP motorcade were later removed, according to the residents of the area.

The injured persons are residents of the Medagama area, stated Ada Derana reporter.

Reportedly, all vehicles involved in the accident have been taken to the Buttala Police Station.

Buttala Police have launched further investigations into the matter.