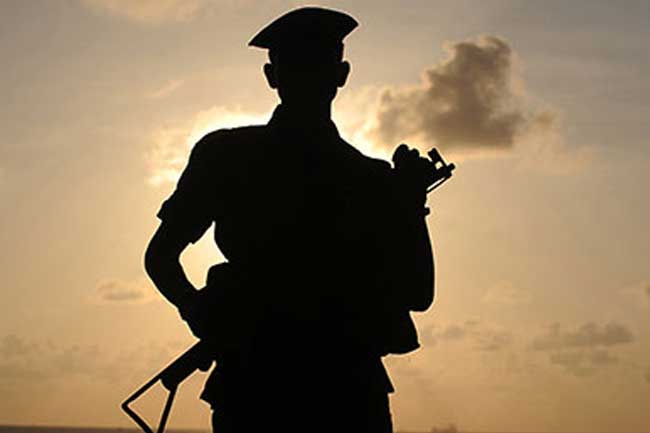 Soldier on duty at Army Headquarters takes his own life

An army soldier on duty at the Army Headquarters in Colombo has reportedly committed suicide by shooting himself this morning.

Police Spokesman SP Ruwan Gunasekara said that a soldier who was on sentry duty at the Army Headquarters premises had taken his own life using his service firearm.

The incident had occurred at around 4.10 a.m. today (14) while the suicide victim has been identified as a 27-year-old soldier, from Attanakadawala in Polonnaruwa, attached to the Sri Lanka Army Headquarters.

He had served in the Engineers Regiment of the Army.

Police are further investigating the suicide.