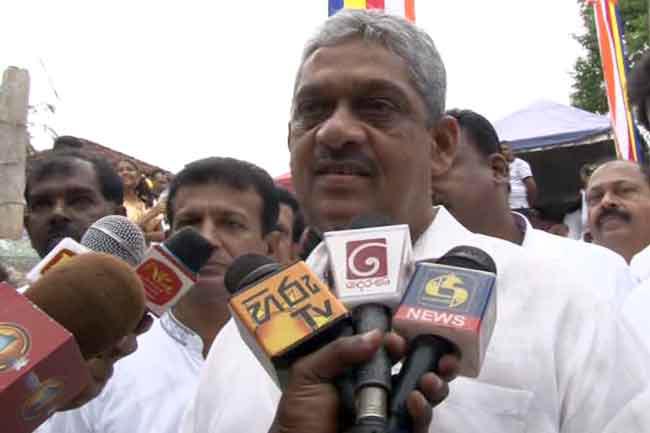 President given 3 days to testify before PSC - Fonseka

The rumors that President Maithripala Sirisena has been given dates to testify before the special Parliamentary Select Committee appointed to inquire into the Easter attacks are false, stated Chairman of the Committee Deputy Speaker Ananda Kumarasiri.

He stated that the Committee will meet up in the coming days to set the dates to call the President before the Committee and to compose the letter to be used with regard to the matter.

He mentioned this responding to queries of journalists, in Ragama today (14).

Fonseka stated that he believes that President Maithripala Sirisena would testify before the Committee as the Minister of Defense.

He further said that the President has been provided with three dates from the coming week and the President can choose a date convenient for him to appear before the Committee.