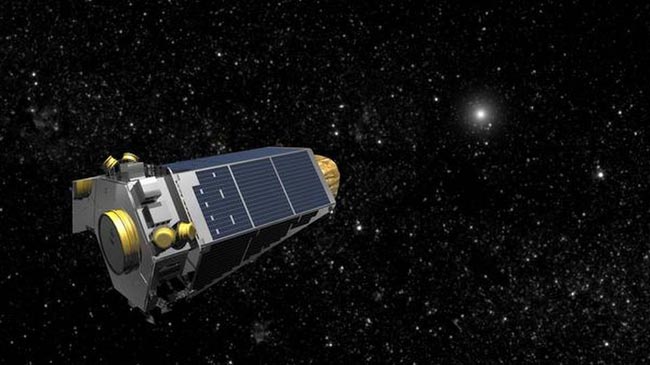 Sri Lanka on an astronomical high

In Sri Lanka’s political terrain, national security and the presidential race are the main talking points this season, both bringing a measure of anxiety for many. Almost lost in that buzz is the quiet achievement of a team of Sri Lankan scientists in outer space.

Astronomers from the country have sighted two new ‘exoplanets’, or planets outside the solar system, a rare feat in the study of stars and galaxies that puts Sri Lanka in a special league. The effort involved mining through several thousand files of data captured by the NASA Kepler/K2 mission over the last decade. “It was both effort and chance,” says Mahesh Herath, the 28-year-old scientist who led the team.

Once the Kepler/K2 spacecraft collects data, it is transmitted to NASA archives and the data is published online and made available in the public domain. “The spacecraft collects so much data that there aren’t enough scientists to go through everything. Simply put, Kepler has looked at nearly 6,00,000 stars over the course of 10 years, but only a little over 3,000 of them had been found to host at least one exoplanet,” explained Mr. Herath, a research scientist at the Astronomy division of the Arthur C. Clarke Institute for Modern Technologies here.

Largely funded by the government, the Institute undertakes research in areas of modern technologies, including communication, IT, electronics, micro-electronics, space technologies, robotics, photonics and new materials.

Going by the rigorous data-mining process that Mr. Herath’s team went through, the endeavour seems a lot more about effort than chance. They had to initially come up with a computer program to specifically search for something that is a probable exoplanet and then automate it to go through several thousand files. “That’s what we did. If you mine through the NASA data with just your eyes, it will take years to find something concrete. We worked with 30,000 odd data sets to get here. We started some time in April last year, and then sent our paper by the end of December.”

Sub-Neptune planets
His team’s research paper, a culmination of eight months’ hard work, was accepted by the highly-regarded Monthly Notices of the Royal Astronomical Society, a peer-reviewed scientific journal in the U.K., and published last month. Mr. Herath, with two other Sri Lankan scientists, and 11 authors abroad, wrote about the two exoplanets that, they found, were in the “sub-Neptune” category of planets.

“It has been a good year for astronomy in Sri Lanka,” says Saraj Gunesekera, principal research scientist, ACCIMT, who was part of Mr. Herath’s team, along with Colombo University physicist Chandana Jayaratne. In June, Sri Lanka’s first satellite ‘Ravana-1’, designed and developed by young engineers Tharindu Dayaratne and Dulani Chamika, was launched into orbit. “And now, this sighting of exoplanets further motivates the few of us involved in astronomical research,” Mr. Gunasekara says.

After graduating in Physics from the University of Colombo, Mr. Gunasekara joined the Arthur C. Clarke Institute in 1995 and has since been focusing on research in the field of astronomy.

What does the sighting of exoplanets entail? Prospects for more research, according to Mr. Herath. “We found that the two [exo]planets are slightly larger than earth. They could be used for theoretical study on early planet formation,” says Mr. Herath, adding that the two planets are much larger than they should be that close to a star. “We don’t know what these particular exoplanets are made of — they could be something between rocky and gaseous — that would be interesting to study.”

Last year, a team of Indian scientists from the Physical Research Laboratory, Ahmedabad spotted, for the first time a distant planet six times larger than earth. The Indian Space Research Organisation announced that the discovery put India among the “handful of countries” that have discovered exoplanets. And now, Sri Lanka too is on that coveted list.

As astronomers across the world plough through more of the information captured from the Kepler/K2 mission, more stars and exoplanets could be spotted. At present, the total exoplanet count is a little over 4,000. “That’s less than 0.5 % of the data available,” says Mr. Herath. “So, there are many, many stars to go through, but not enough people to do that.”