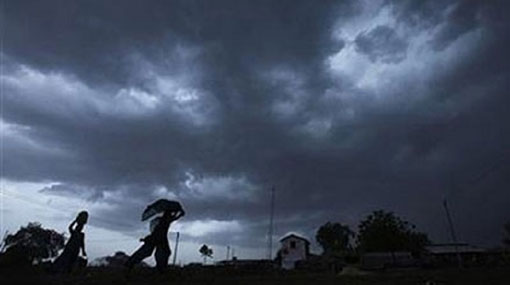 The Department of Meteorology says that showers or thundershowers will occur in Western, Central, Sabaragamuwa, Southern and North-western provinces while light showers are expected to occur in Anuradhapura District.

Showers or thundershowers will occur at a few places in Uva province and in Ampara and Batticaloa districts after 2.00 pm.

Fairly heavy rainfall about 50-75 mm are likely at some places in Western, Sabaragamuwa, Southern and Central provinces.

Wind speed can be increased up to 50 kmph at times in Northern and North-central provinces and in Puttalam, Trincomalee and Hambantota districts.

Temporarily strong gusty winds up to 70-80 kmph and very rough seas can be expected during thundershowers, the department said.