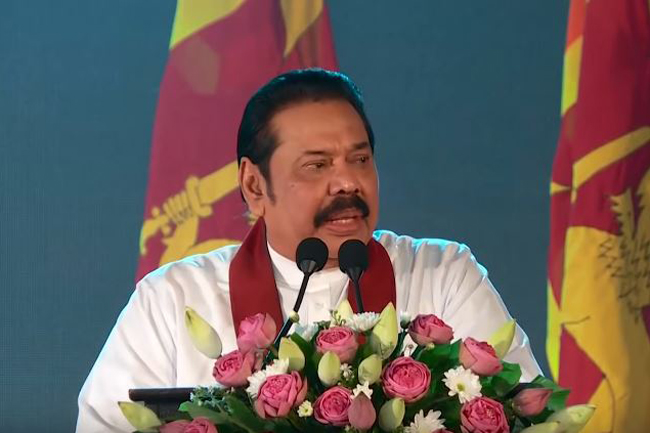 SLPPs policies will give prominence to motherhood - Mahinda

Opposition Leader Mahinda Rajapaksa says the only government that was empathetic towards the plight of women is the former administration.

Addressing the first convention of Sri Lanka Podujana Women’s Front held at today (31), the former President said it was the country’s women who were the most worried about his defeat in 2015.

Speaking on the suffering of the women in the war-torn the island nation until 2009, the Opposition Leader said women of the families in which the men joined the military lived with great fear and uncertainty back then. He said this situation was the same in the north as well as in the south.

The peace talks and ceasefire failed to ‘douse the fire’ that was fiercely ablaze in the hearts of the women during the war era, he said, adding that the former government had succeeded in this just within three years.

The current government had ‘hunted’ the war heroes, Rajapaksa claimed and vowed that they will never allow such things to happen in the country again.

This government did not understand the plight of women, that is why things went wrong for them, he continued.

He also spoke of the false promises given by the current government, including releasing the jewellery pawned at financial institutions and banks.

He also highlighted the current government’s implementation to hand over vouchers to school students instead of distributing clothing materials for school uniforms and suspension of ‘Divi Neguma’ project and fertilizer subsidy.

The microfinance loans have made rural women debt-ridden, the former President added.

A person who is not understanding of the efforts of women to contribute to the national income and fails to ensure the mothers that their children are safe will not be able to govern this country, he emphasized.

The Opposition Leader invited the country’s women to join hands with Sri Lanka Podujana Peramuna, stating that the party has already assured them that their lives will be protected.

“The policies of the SLPP will be prepared by giving the prominence to the motherhood,” Rajapaksa said further.