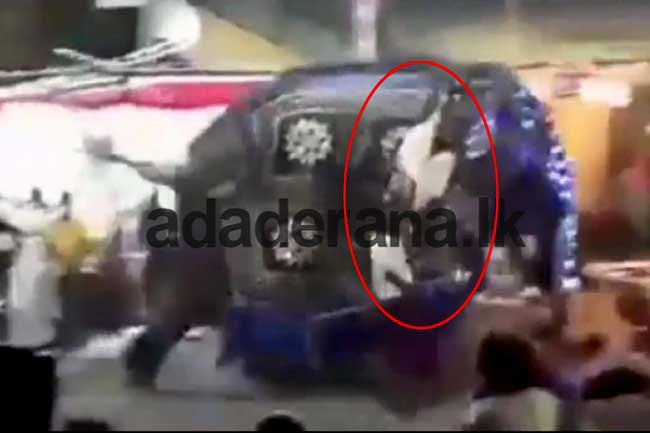 According to the police, there had been 12 females among the injured persons.

The 119th Randoli Perahera of the Kotte Rajamaha Viharaya paraded on the streets last night.

Soon after the procession had commenced the festivities, one elephant had become restless and run forward disturbing the procession.

This had resulted in another elephant in the parade had become distressed as well.

The second elephant had run forward and halted before ‘Kotte Raja’, the main elephant who carries the sacred relics.

The incident had led to the hospitalization of 17 people including the ‘Gajanayaka Nilame’ who had fallen off one of the distressed elephants.

The injured were admitted to the Kalutara South Teaching Hospital, Sri Jayawardenepura Hospital, and the Colombo National Hospital.

However, the perahera had continued and concluded the parade as planned.