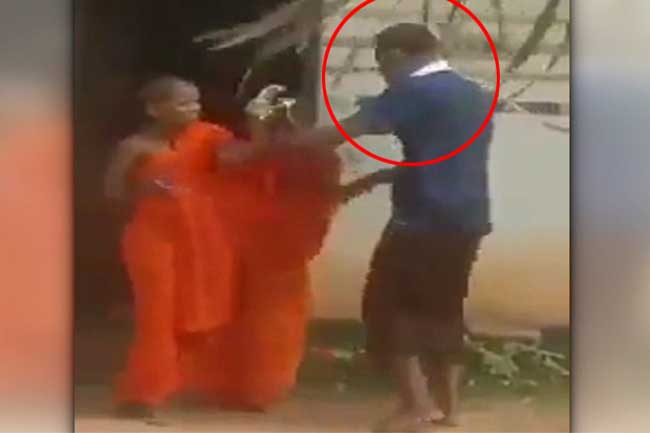 The suspect wanted in connection with assaulting two novice Buddhist monks has been arrested by Horowpathana Police.

The Police Spokesman’s Office said that the arrested suspect has been identified as Gammedde Chaminda Galaboda alias ‘Utiya’.

Horowpathana Police had identified the suspect and arrested him after video footage of the incident, recorded via a mobile phone, had been widely circulated on social media.

The video shows a man repeatedly slapping and hitting two novice monks over an apparent issue over some money.