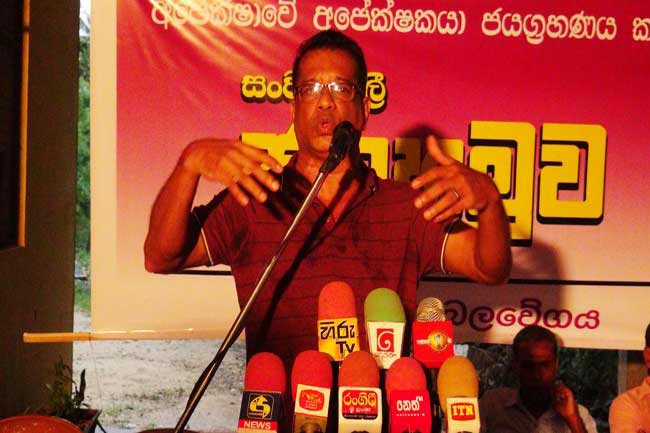 JVP to contest under new symbol

The Janatha Vimukthi Peramuna (JVP) will be contesting for the upcoming presidential election under a different symbol than the usual ‘Bell’ sign, says JVP political bureau member K. D. Lalkantha.

He mentioned this addressing a public meeting organized at the Puwakpitiya area in Galewela.

Lalkantha stated that their candidate will contest under a different symbol than the JVP symbol ‘bell’ as their alliance has been formed by 30 voluntary organizations.

He also pointed out that no matter who becomes the president at the upcoming presidential polls, he would dissolve the incumbent parliament and there would definitely be a general election in March.