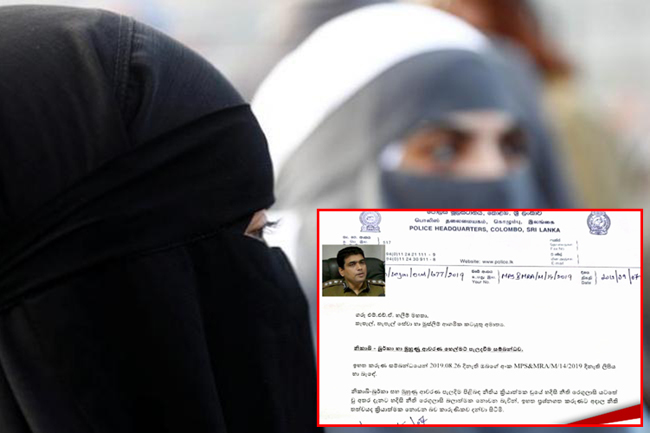 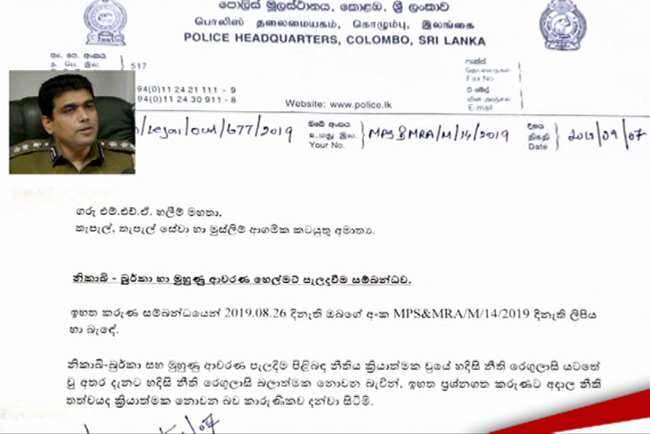 The Police Headquarters says the ban on all face coverings including Niqab and Burqa has been lifted as the State of Emergency is not exercised at present.

This was mentioned in a letter addressed to Minister of Postal Services & Muslim Religious Affairs M.H.A. Haleem. DIG of Legal, Discipline and Conduct Range Ajith Rohana stated this as a response to a letter previously submitted by the Minister.

Speaking to Ada Derana in this regard Minister Haleem stated that he has received the DIG Ajith Rohana’s letter regarding the lifting of the ban on face coverings.

In the wake of the coordinated terror attacks that claimed the lives of over 250 people, the face coverings including Niqab and Burqa were banned as a security measure.

President Maithripala Sirisena took steps to impose the ban to avoid identification of one’s self under Emergency Regulations with effect from 29th of April.