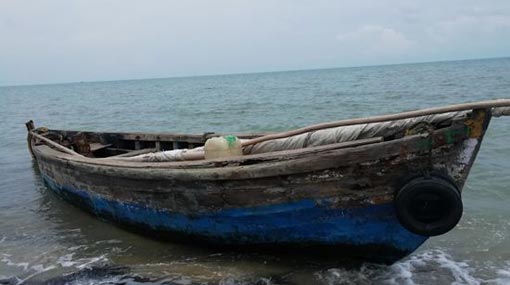 Having spotted a suspicious vessel at the Urumalei beach in Mannar, the North Central Naval Command had searched the suspected vessel and found that it has been registered in India, stated the Sri Lanka Navy.

The suspects were apprehended in the Urumalei area, Mannar.

When interrogated, it was revealed that the persons on the boat had attempted to enter the island from India, by sea.

Further, the suspects have been identified as Sri Lankans, who illegally migrated to India in 2008.

The suspects were subsequently brought to SLNS Thammanna in Talaimannar and provided first aid and other medical needs.

Thereupon, they were handed over to the Talaimannar Police for onward investigation.

Meanwhile, the vessel has been kept in naval custody.