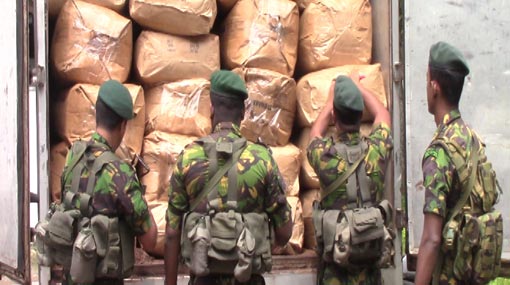 The Organized Crime Unit of the Police Special Task Force (STF) has uncovered a dust tea racket during a raid carried out in Amabalangoda.

The officials, this morning (16), had raided a lorry transporting 4000 kg of dust prepared for importing at the Kandagoda area in Ambalangoda, stated Ada Derana reporter.

The raid has been based on a tip-off received by the Organized Crime Unit of the STF.

Subsequently, information received through the driver of the lorry had led to a raid at the tea factory which produced the dust tea.

Reportedly, the officers have seized 11,000 kg of dust tea found at the factory.

Accordingly, the driver of the lorry, supervisor of the storehouse, and an employee of the factory were arrested by the STF officials.

The officials at the Galle branch of the Sri Lanka Tea Board were summoned to investigate the matter further.

The suspects are to be handed over to the Ambalangoda Police.