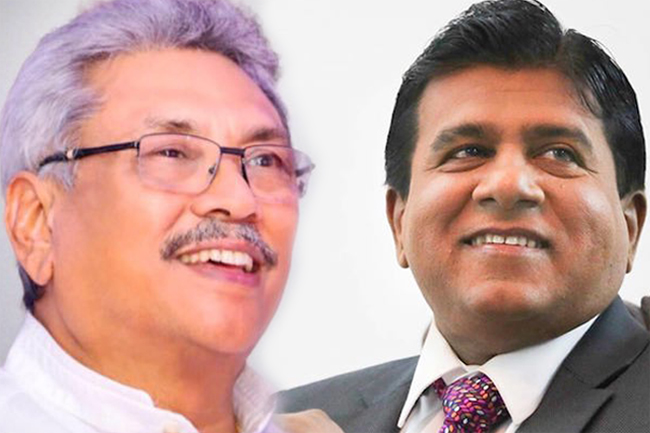 Wijeyadasa Rajapakshe revealed this holding a press conference along with the members of the SLPP, which took place at the Sri Lanka Foundation Institute.

The responsibility of every citizen is to protect the country, he said further highlighting that people should make the correct decision at the Presidential Election.

He said the only alternative is to help Gotabaya Rajapaksa to win the Presidential Election so that the country does not fall into the hands of foreign forces.

Prior to the press conference, the SLPP and the Ceylon Workers’ Congress (CWC) signed a Memorandum of Understanding (MoU) regarding the upcoming Presidential Election.

The MoU was inked by the SLPP chairman and the CWC leader Arumugam Thondaman.