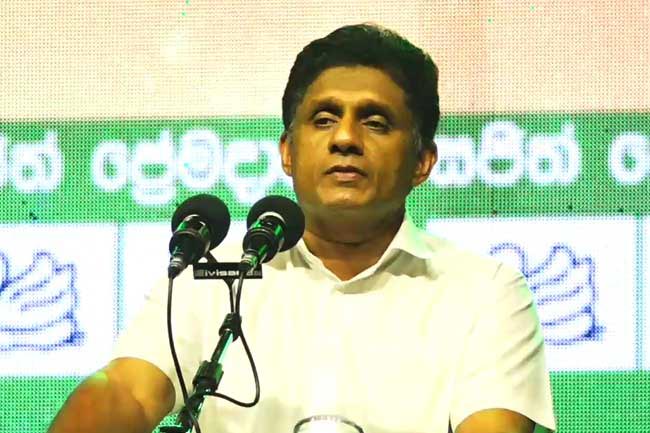 I will protect Shavendra Silva with my life - Sajith

Speaking at a public rally held in Homagama, Premadasa said that he would not allow foreign nations to interfere in the internal affairs of Sri Lanka.

He says that he will protect Army Commander Shavendra Silva, who was dedicated to freeing the country, with his life. Premadasa stated that he will continue to keep Silva as the Army Chief of the country.

Premadasa states that he will represent all war heroes who made sacrifices for the motherland.

He said “There is no need to consult outside countries on what our country should do. Sajith Premadasa isn’t a person who submits to influences of anyone.

Many tried to influence me when I was nominated for candidacy. However, I told them to give me the candidacy unconditionally, or else to keep it with themselves. I will not subjugate to any influences. I am not a person who makes political deals with any group.”