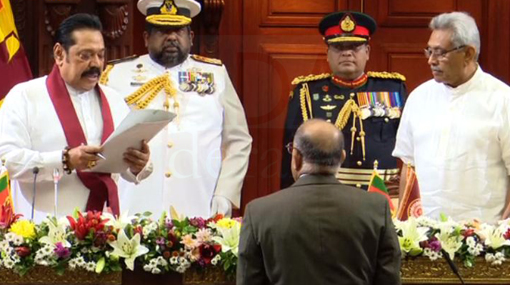 The new Cabinet of Ministers commenced taking oaths before President Gotabaya Rajapaksa a short while ago.

The swearing-in ceremony is taking place at the Presidential Secretariat with the participation of many dignitaries.

Accordingly, 15 new Ministers have been appointed to the Cabinet of the interim Government. These Ministers will serve in their respective posts until the general election is held next year.

The newly appointed Cabinet of Ministers is as follows:

In the meantime, the State Ministers of the interim Government will be appointed next Monday (25), President Gotabaya Rajapaksa said addressing the ceremony.