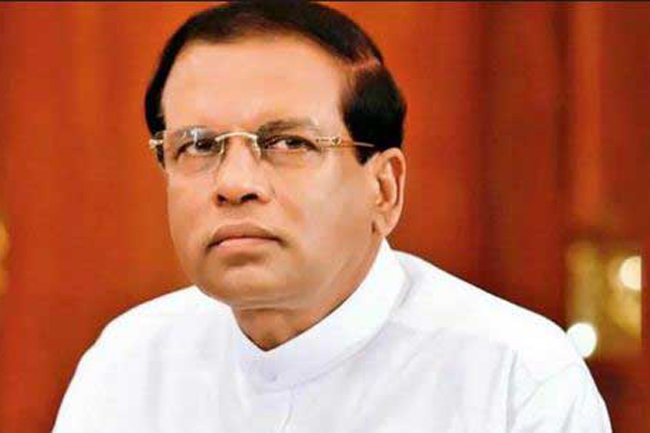 The chairman of Sri Lanka Freedom Party (SLFP), former President Maithripala Sirisena has reportedly had an audience with the party’s Members of Parliament.

Parliamentarian of United People’s Freedom Alliance (UPFA) Shantha Bandara, commenting on the meeting, said all MPs had worked hard for the victory of President Gotabaya Rajapaksa.

The SLFP MPs have accordingly decided to support President Rajapaksa and Prime Minister Mahinda Rajapaksa for their future endeavors to strengthen the government.

He added that their main intention is to hold the General Election at the earliest possible and to establish a strong government by bringing in necessary Constitutional reforms.