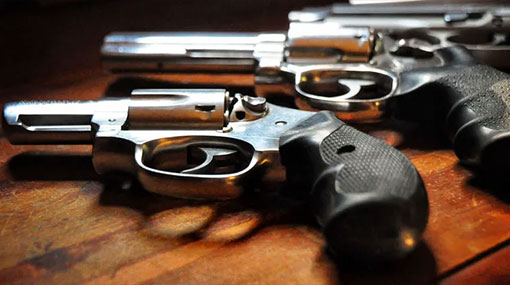 A grace period to handover illegal firearms held without valid permits or documents has been announced by the Defence Ministry with effect from February 5 to 12.

Following the directives of Defence Secretary Maj.Gen. (Retd) Kamal Gunaratne, the amnesty has been announced to collect all illegal firearms during the week long amnesty period.

The Defence Ministry has requested those who are possessing firearms to hand over them to the nearest police station during the amnesty period, a release said.

The Police have been instructed to take legal action against those who have failed to handover the unauthorized weapons to the Police during the amnesty, it said.

This decision has been taken to ensure public safety and curb threats posed by such weapons. People are encouraged to use this opportunity handover such illegal firearms without delay, the ministry added.

Authorities expect to take stern action against those found to be holding or using illegal firearms once the grace period is over.

Meanwhile, the Defence Ministry is requesting the public to provide information about those who keep illegal firearms in their possession after the amnesty period.