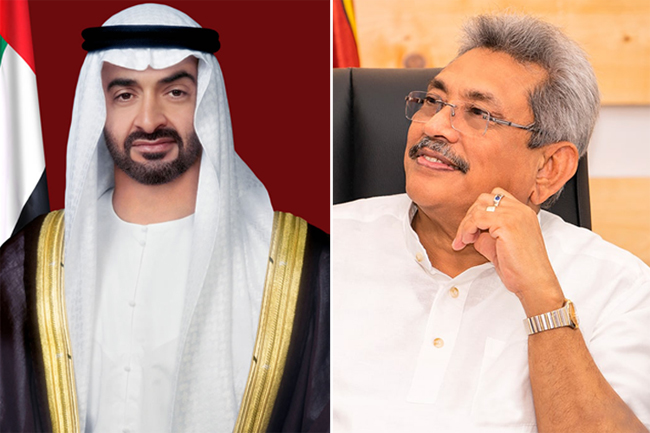 The Crown Prince has affirmed his expectations for expanding the bilateral relations between the UAE and Sri Lanka.

In his official Twitter account, President Rajapaksa said he has accepted the invitation extended by Abu Dhabi’s Crown Prince.

The two parties have agreed that this visit would be a great opportunity to discuss the common interests of the two nations.

I was honoured to receive an invitation from His Highness Sheikh Mohammed bin Zayed Al Nahyan @MohamedBinZayed, Crown Prince of Abu Dhabi & Deputy Supreme Commander of the UAE Armed Forces to visit #UAE, towards strengthening bilateral relations & pleased to have accepted same