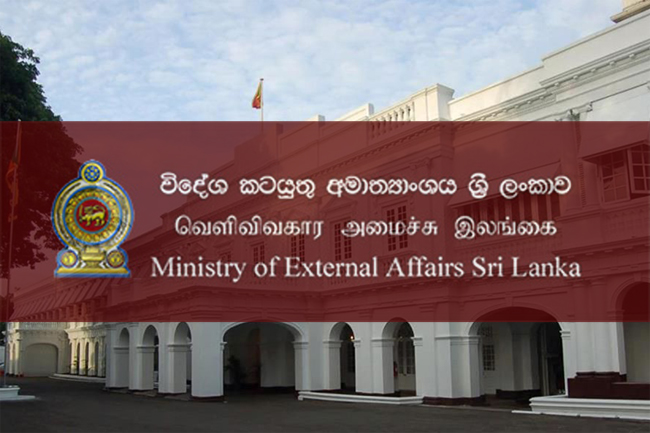 Foreign Ministry on alert over Sri Lankans in China

The Ministry of Foreign Affairs says that the Sri Lankan Embassy in Beijing is closely monitoring the evolving situation of the deadly coronavirus infection in China.

The Embassy is also in discussion with relevant Chinese authorities in Beijing and Wuhan as well as Sri Lankans in Wuhan and other parts of China.

The Foreign Ministry, issuing a media release yesterday (24), said that the Embassy has been receiving queries from Sri Lankans in Hubei province especially in Wuhan as well as from their relatives in Sri Lanka.

The Embassy has created a WeChat group by which the latest information is being updated and information from Sri Lankans in Wuhan also has been received. It is also closely monitoring advisories issued by the World Health Organization (WHO).

It is reported that Sri Lankans including students who are studying in various cities in China are currently making requests to return to the island. Nearly 30 Sri Lankan students live in the city of Wuhan -- the ‘ground zero’ of coronavirus.

Upon the advice of the Ministry of Foreign Affairs, the Embassy is in discussion with the relevant Chinese authorities and other embassies in Beijing to explore all the possibilities of evacuating Sri Lankans in Wuhan.

The Foreign Ministry says that the following Embassy officials can be contacted for any information in this regard: