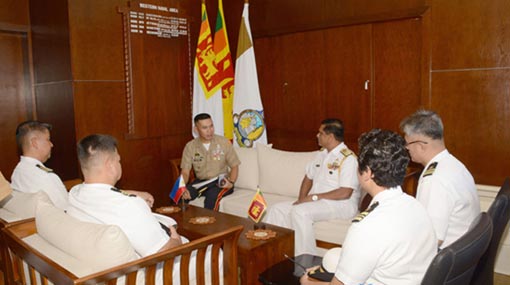 The two ships were warmly welcomed by the Sri Lanka Navy in accordance with naval traditions on their arrival.

They held cordial discussions on matters of mutual interest and exchanged mementos to mark the occasion.

The ships’ crew will take part in few events including friendly sports activities, cultural programs, and visits to the interesting places of the island organized by the Sri Lanka Navy during their three-day stay in Sri Lanka.

With the completion of the three-day visit, the ships are scheduled to set off the island on 29th January.